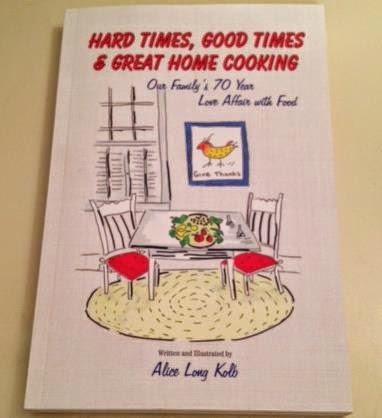 +
Some people read cookbooks for the fun of it. They read recipes and think about the ingredients. They may never cook an egg but they like to read about them. How they are cracked and what it means to sizzle bacon or stir lemon sauce. Let's face it, cooking is fascinating. And a book like Alice Kolb's is an invitation to muse on all aspects of process in the kitchen -- and even out of it, on camp-outs, picnics, and road trips. There is something so American about all of this, too, which Alice Long Kolb's easy, family-oriented prose brings out. You can relax into a book like this and read it cover-to-cover for, as I was saying, the fun of it. Or you can really dig into it and make food for your whole family as Alice's mom did back in the 40s, 50s, 60s and then some. This is as much a history of what America in the Southwest (think Texas) was eating as it is a story of Alice's initiation into the family style of cooking that she has become known for. A quilter and lecturer by profession, she also shares her wide knowledge of cooking secrets from paying attention to what Mom did when she didn't have the money to cook lavishly or luxuriantly -- still, as Alice points out, the Longs always had room for two more, or three more, neighbors. That is part of the style and grace of this book. It lets you in on the best secret of the best chefs -- share! For in sharing, there is love. And in love there comes the most delicious food imaginable. Remember Uncle Joe's chile? He made it with love. Love of beans, love of chile,  love of family and friends. As a professional food tester for a natural gas company in Texas, as well as a teacher of "home economics" as we used to call it, Alice cannot be beaten, but her eggs can, and you will enjoy every mouthful of her writing-recipe-goodness. Herein is poetry of phrase about the only range there is -- the one in your kitchen.


Posted by Gerald Hausman at 8:26 AM No comments:

There aren't that many good books written in the sixties about what it was like to be young in the sixties. Mostly the sixties classics were written by older writers. Aram Saroyan, on the other hand, was a handsome, kind of carefree kid growing up in the golden age of self-invention and self-intention. In other words, our illusory moment of sex, drugs and rock and roll.

Well, actually, it wasn't that simple -- it never is.  Our era was rife with great big "ifs", wonderments about whether we'd see the next day. It was a tangential time. An experimental time, full of twists and turns, sudden appointments with destiny and great disappointments with the older generation that opposed us.

But I do believe, as I was coming of age at the same time Aram was, and getting into some of the same scrapes that this was an exceptional time to be alive. We were both were Poets in the Schools, courtesy in part due to Richard Nixon, believe it or not, supporting national arts programs.

Some of the schools we were sent to were very conservative and I remember some of my poems being censored. I can also remember Maurice Sendak's In The Night Kitchen being censored by librarians who put cotton diapers over Mickey's privates! By some happenstance miracle, I became an editor and got to publish Aram's novel The Street, which took off immediately, and also Maurice Sendak's winsome picture book with Ruth Krauss, Somebody Else's Nut Tree, one of the first quality paperbacks for kids to be sold in independent bookstores in America.

There was a revolution in bookselling going on too, and we were a part of it. Aram edited and published books, wrote essays and published poems in The New York Times. It was a delirious moment to be alive if you were writing, publishing, making music, weaving, throwing pots, fashioning leather clothes, celebrating ethnicity, making low budget films, or just plain being alive!

It was a weird time to be alive as well, for on the one hand there was rampant free speech, casual nudity, loud music, wild parties, inventive poetry and song -- and on the other hand there were assassinations, overdoses, violence in the street (a catchphrase at the time). Everything in the sixties was bubbling in the same great cauldron of unrest. In truth, it was a renaissance, and we haven't seen its like, or even come close to it, in 40 years. And it all happened, quite frankly, on the street!

Which is why the novel The Street is so important. This is the 40th year since it was published, it is still around being read, and that makes it a classic. This new edition is a facsimile of the original published in 1974 by The Bookstore Press. If  you want to know why this novel, more than others, rings so true  read The Street. There is a fresh permanence in the narration that is as singular as Aram's famous one-word poems. He speaks not only to us, but for us, for those of us who weathered the storm. And further, this novel is touching those Xers and Yers who today are asking us this question, "What was it really like?" 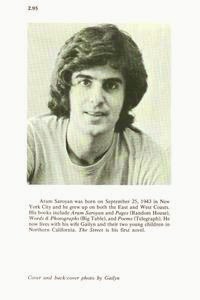 Posted by Gerald Hausman at 9:03 AM No comments:

Our parrot George got out of his cage yesterday. Normally we let him out in the morning and put him back in at night. He likes it that way.

However, yesterday two visiting dogs, Nala and Puck, decided George might be good to eat.

George was perched on the metal bar at the base of his cage. The dogs charged. George stood his ground and yelled: OH, NO! HELP! OH, MY GOD!"

The dogs stopped in their tracks. Then they looked around to be sure they'd heard the bird right. No ventriloquists in the audience, which consisted of Lorry, me, and our miniature Dachsy, Mouse, who was horrified and wouldn't stop barking. Neither would Henri, our daughter's not-so-miniature hotdog.

George started to cry like a baby. Really loud.

The dogs backed up.

Lorry ran up to him and put him behind bars.

George was never so happy to be in jail. He shook his feathers, puffed them out, shook them again, and said "Hel-lo," in a sultry voice.

The dogs lay down and went to sleep.

We sat there, Lorry and I, thinking about the power of parrotspeak 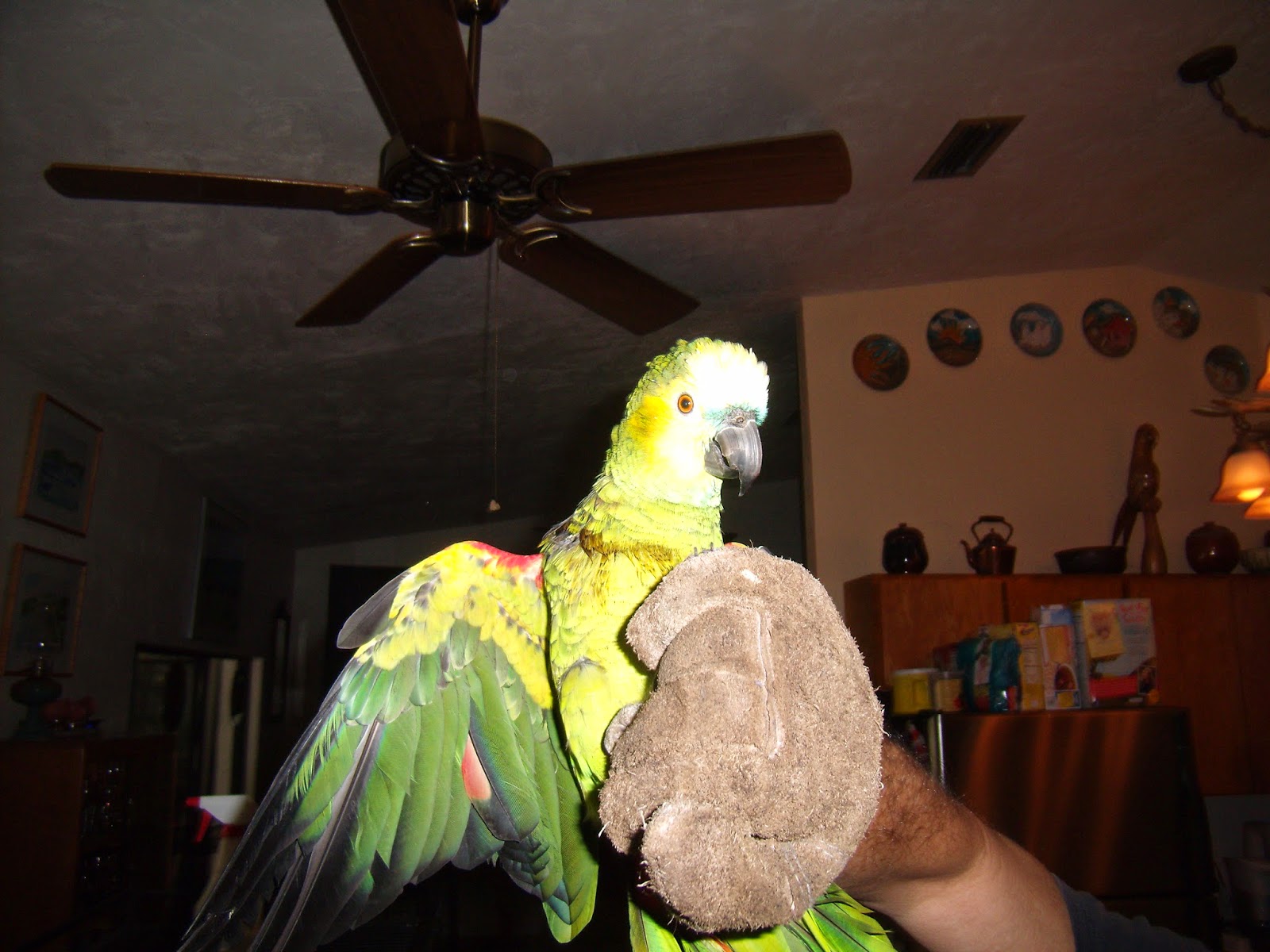 .George attacking his favorite hand puppet
Posted by Gerald Hausman at 8:21 AM No comments: