155th anniversary of the Pony Express 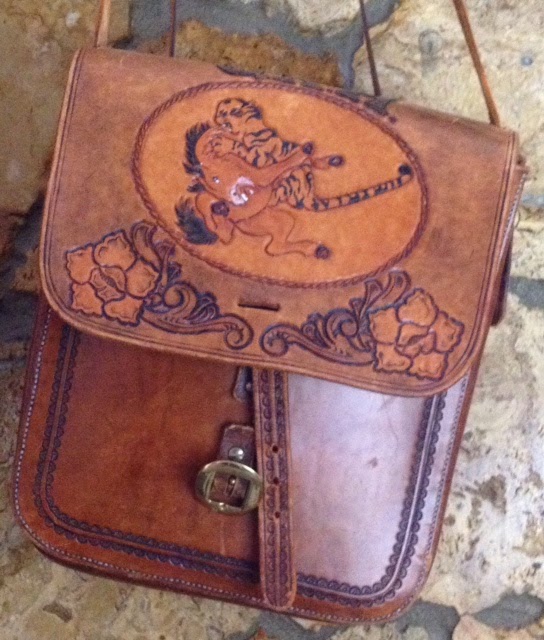 I was in Indianapolis telling stories to 4th grade students.

They asked if I knew any historical stories, like the ones they were reading in school. I told them that my dad was born in 1900 and he actually saw Buffalo Bill a few years later at the Wild West Show at Madison Square Garden in New York City.

No one in the classroom knew who Buffalo Bill was, so I said: "He was a Pony Express rider."

"The first deliverer of the U.S. Mail," I said.

I explained how the Pony Express riders were kids, fifteen, sixteen years old, even younger. They had to be light on their feet and quick in the saddle and very determined to get the mail delivered, I explained.

"How far did he have to ride to deliver the mail?" (same curious kid)

"Well," I said, "He was a circuit rider. That means he had to go a certain distance, drop the mail off and then another circuit rider, a light-footed boy of the same age and height, would take off on a fresh horse and go the next distance with the mail until another rider took over and then --"

"Yes, that's true. The Pony Express linked up and went all across the country."

Curious made a face. "I don't really believe you," he said.

"Why not?" I asked, surprised.

He said, "Do you have any artifacts from the Pony Express?" (He actually used the word "artifacts")

"In fact, I do. Look at this book bag. My brother is a leather craftsman and he made me this replica ... this artifact,  this re-creation of a real Pony Express bag!" I was so proud of my brother and my book bag in that glorious show-and-tell moment ... plus I knew I had him.

Curious looked at the bag skeptically. "That's not REAL," he informed the class.

He stood up and faced the class like a trial lawyer. "How could such a tiny bag hold all the letters in the United States?"

I had to admit. He'd won his case. But I had one last squeak left in me. "There weren't that many people back then, and not many could write letters in the first place."

He wasn't sold on it. Neither were the others.

"Buffalo Bill was a REAL guy," I remarked.

"They'll learn about him next year," the teacher said. "Unless Core doesn't let us. They don't like things out of sequence."

I shut up then and passed the hand-tooled Pony Express bag around the room and one cute, smart girl said, "I wish I had one."
Posted by Gerald Hausman at 8:17 AM No comments: