The UFO Story that wouldn't quit! 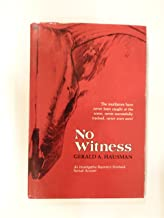 In 1978 I wrote a novel about scientists, investigators, theorists and adventurers who were trying to figure out why animals in Northern New Mexico were being mutilated. I decided to write a book based on interviews with "ufologists", Navajos, Pueblo people, ranchers, and researchers from Los Alamos.

The truth is, the mutilators were never found, never seen, and their crimes were so grotesque that I found it difficult to write book.

The nonfiction, novelistic book (called Faction by reviewers) came out with Stackpole Publishers in 1980. It had a short shelf life and was soon sold out, but not reprinted. I believe the timing, the times were against it. It was too soon, so to say. Au courant, but not yet popular in the broader public arena.

Sometime later, in the early 1980s, I was asked to write another, fully updated, version of the original book that was called No Witness. In the years that followed the publication of this version, a film came out, Endangered Species.

So, to make a long story endless, as we used to say, I did yet another iteration of the mutilation/UFO story in Northern New Mexico, adding in all that had happened since No Witness had appeared. I named this second book Stargazer. It was published by Lotus Press in 1988. Thirty years have gone by since then. Thanks to Santosh Krinksy of Lotus Press, Stargazer is still in print and available for purchase.

It would seem the "mute stories" as they were called originally, are still out there. Ranchers yet complain about untoward, mystifying visitations from high-tech helicopters as well as UFOs. Witnesses have seen the UFOs as recently as only a few days ago, but only a few stargazers claim to have seen any "little green men."

I explored the little green man theme in the following trilogy published by Speaking Volumes Publishers: 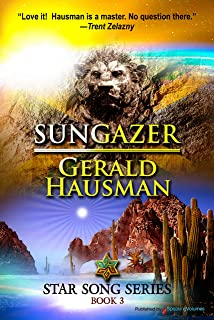 NOTE: If you read and liked Stargazer, you can continue my own personal tales with the above three novels that explore true stories as told by such storytellers as Joogii, my oldest Navajo friend. We go back to the Sixties when we first started swapping "stories from outer and inner space."